Swarma Club, formally initiated in 2003, is an informal organization of investigators who enjoy scientific research. They cherish the spirits of equality, openness, and demonstration. They promote the interdisciplinary communications and cooperation. And they aim to build an "institute without fence" in China.

In 2003, Dr. Jiang Zhang, the founder of the club built a website named Swarma club, to propagate the complexity sciences, and promote inter-disciplinary cooperation. Five years later, the activities went off-line from online, and the club become a real one for academic communication. In 2014, the first start-up project "colorful cloud" which trying to build an AI weather reporter is bred. All of the major members of the start-up are from the club. In 2015, the first formal symposium focusing on attention science is held in Nanjing university. In the same year, the first book entitled with "the acme of science - an informal introduction of artificial intelligence" is published. In the august of the same year, the off-line volunteer organization is formed. In 2016, the second book named "Stepping into 2050: attention, internet, and artificial intelligence" is published. In the October of 2016, the symposium on "Network, geometry, and machine learning" jointly organized by Kai-feng foundation, one of the famous non-official foundation, and the Swarma Club is held. In the end of 2016, the second start-up project "Swarma AI Campus" aiming at the education and training of artificial intelligence is founded.

The reading groups are organized by topics which are selected by the active members and the Swarma scientists. Once a reading group with a given topic is present, the group will continue for about 2 or 3 months. And the reading activity is held twice a month. Reading groups can make intensive discussions on specific topics, therefore, they can breed innovative results, for example, scientific papers, prototypes of products, or reports. “Colorful cloud” App is made in the reading group of Deep Learning, and the book "Stepping into 2050" is also made during the activities of the reading group of Collective Attention.Past group reading, please see here：[1]

We also organize symposiums almost once a year. For example, the symposium of "Attention Science" which is held in 2015, Nanjing. And also we held the symposium "Network, Geometry, and Machine Learning" which is supported by the Kaifeng funding in 2016. [2]

Volunteers are self-recommended and managed by the council.

The club is managed by the council. The council is headed by the president. The current president is Dr. Jiang Zhang. 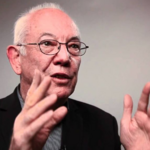 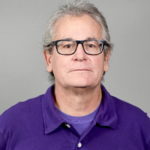 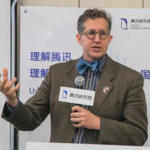 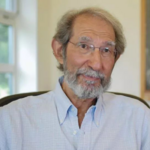 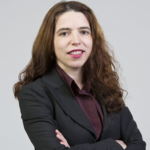 Ginestra Bianconi is Professor of Applied Mathematics at queen Mary University of London's School of Mathematical Sciences and an Alan Turing Fellow at the Ellen Turing Institute. Currently, she is the editor-in-chief of the journal JPhys Complex and the editor of PlosOne and Scientific Reports. In 2020, she was awarded the Network Scientific Fellowships by the NetSci Society in recognition of her fundamental contributions to network science, particularly the proposal of Bose-Einstein cohesiveness in complex networks and advances in the structure and dynamics of multilayer networks. Her research interests include statistical mechanics and network science, including network theory and its interdisciplinary applications. She is an expert in network modeling, including growth network models and balanced networking. He has also published important works on dynamic processes on the Web, particularly on seepage. In recent years, she has focused on multilayer networks, pure complexes, network geometry, and topology. She is the author of two books, 《Multilayer Networks: Structure and Function 》published by Oxford University Press and 《Higher-order networks: An introduction to simplicial complexes》 published by Cambridge University Press. 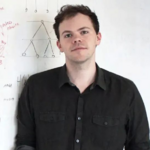 Chen Deliang is currently the August Röhss Chair Professor at the University of Gothenburg in Sweden, where he graduated from Nanjing University with a bachelor's degree and received his Ph.D. from Nobel laureate Professor Paul Crutzen at Gutenberg University in Mainz, Germany. Professor Chen's research interests include climate dynamics, climate simulation, global and regional climate change, geographic information science and applied climatology.

Professor Chen is an internationally renowned climatologist, an expert of the Nobel Prize Committee, an advocate and practitioner of Earth system science, and a strategic scientist with a global perspective. He has participated in and led several international programs and organizations, served as scientific advisor to several governments, intergovernmental organizations and international non-governmental organizations, and national research funding agencies, was the lead author and coordinating lead author of working group I of the IPCC's Fifth and Sixth Evaluation Reports, and served as Executive Chair of the International Council for Science (ICSU) from 2009 to 2012. He has long been committed to the leadership, coordination and cooperation of global systems science, future geoscience, and global sustainable development research, and has made important contributions to international scientific and technological cooperation.

Dr. Changsong Zhou, Professor and Head, Department of Physics, Director of Centre for Nonlinear Studies, Deputy Director of Institute of Computational and Theoretical Studies, Hong Kong Baptist University (HKBU). He obtained his PhD degree at Nankai University, and served as Postdoctoral Fellow at National University of Singapore (1997-1999), Visiting Research Scholar at HKBU (1999-2000) and Humboldt Research Fellow and Research Scientist at University of Potsdam, Germany (2000-2007). He joined HKBU as Assistant Professor in 2007 and received HKBU President’s Award for Outstanding Young Researcher 2011 and President’s Award for Outstanding Performance in Scholarly Work 2021. Dr. Zhou’s research interest is dynamical processes on complex systems. His current emphasis is on analysis and modeling connectivity and activity in neural systems in collaboration with experimental neuroscientists, using the approaches of oscillatory dynamics networks and covering broad scales from network of excitatory-inhibitory neurons to interacting functional brain regions and functional EEG and cognitive variability and disorders. He has published over 150 research papers in interdisciplinary journalssuch as PNAS, PRL, National Science Review, J Neuroscience, NeuroImage, Cerebral Cortex, PLoS Computational Biology (above15900 citations in Google Scholar, h-index 48). He currently serves as Academic Editors of Scientific Reports, PLoS One and Cognitive Neurodynamics.

From neuronalspikes to cortical waves, from emergence to function. 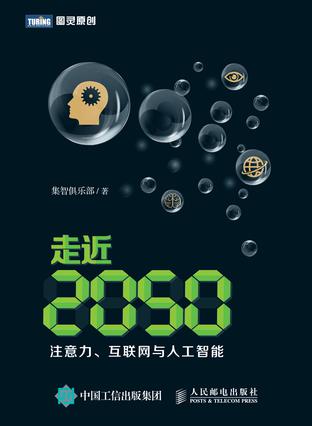 The main idea of this book is that our attention flow is an important resource for machines because all the products and programs are made for the use by human beings. The topics of the book cover: artificial intelligence, Internet, psychology, and computer games.

The Acme of Science: an informal introduction of Artificial Intelligence 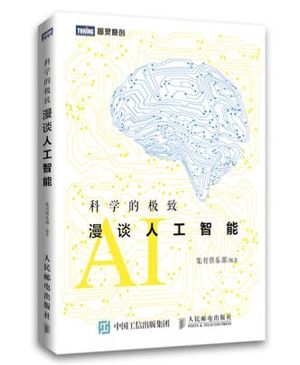 This book gives a chief introduction of the histories and developments of artificial intelligence for the public. It also contains rich topics of AI covered by the discussions in Swarma club, for example, Godel incomplete theorem, Kolmogorov complexity, Deep Learning, and Swarm Intelligence. 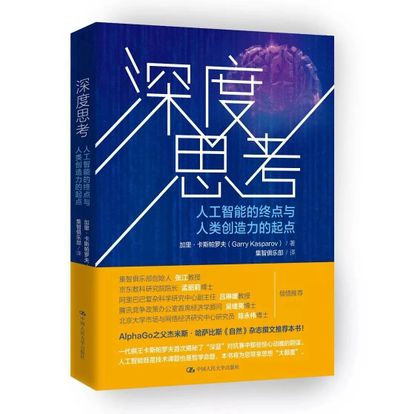 Colorful clouds AI reporter is an APP on cellular phones which can give personalized and exact weather report for hours. This project is incubated by the reading group of deep learning, Swarma club in 2014. All the members of this project is almost from the active members in the club, and the head of the team, Xing-yuan Yuan, is the core member of the club, who is also the former engineer in Alibaba Inc. 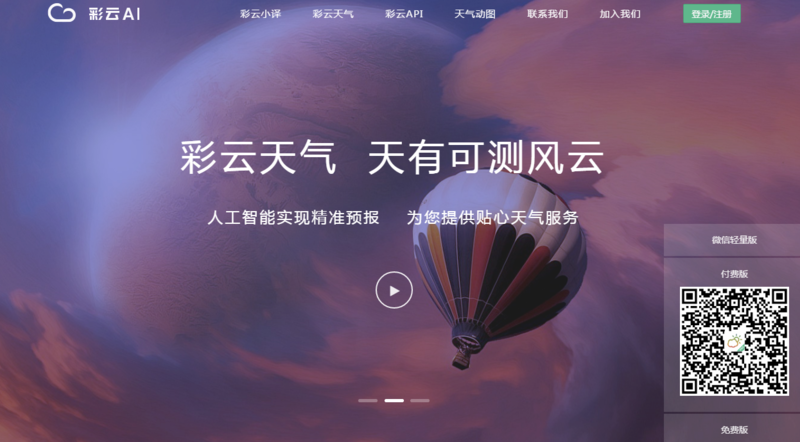 Recently, this team develop another AI application called “colorful cloud translator”, which can make immediate translation between Chinese and English. 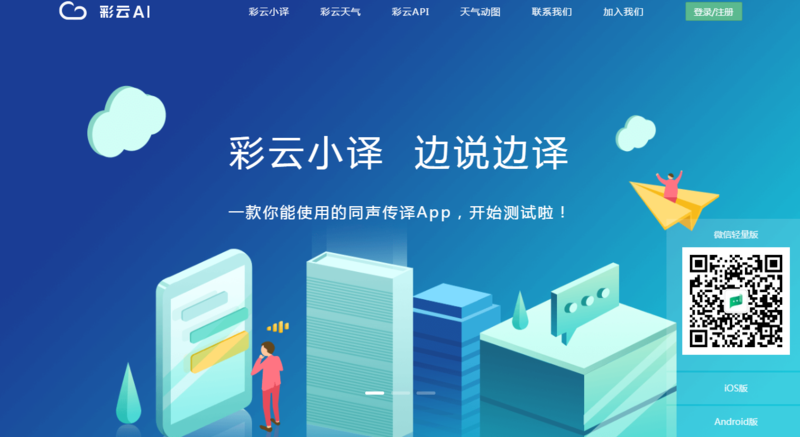 This is a startup project initiated by Dr. Jiang Zhang, the president of the Swarma Club, in the end of 2016. This startup focuses on the education of artificial intelligence. All the core members of the team are from the club. Two kinds of classes of AI are provided. One is the course of “AI vision” which provides the general picture of the development of AI, and build an off-line environment for communications between students. The others are called “AI geeks” which include a bunch of online courses in techniques, such as, natural language processing, deep learning, etc.

There are about 10 active wechat groups, most of them are around specific scientific topics.

We are an organization focused on computer vision,We make friends, often organize paper sharing and activities.

Chao Ding Focus on Computer Vision, studied in Russia, Msc in General Artificial Intelligence and Computer Vision. Founder & CEO of AIcvs, which is committed to using AI and IoT to improve offline retail.

The Computational Society Group of Swarma was founded in March, 2016. The topics for discussion include but not limit to problems related to the basic theories of social sciences, complex systems and sciences, social computing and dynamic cyber behavior analysis. It aims to help group members to communicate with passion, to study with interests and to explore the truth with enthusiasm. The group will try its best to make sure that group members are able to enjoy their free, equal, open and comprehensive talking.

The dimension / perspectives involve the software tools of Knowledge Management and their methodology, the techniques on Attention Channeling & Personal Productivity, even some philosophy behind the tools and methods. Despite the open-ended discussion atomsphere, however, there is a Main Thread: How to establish, sustain and automate the Personal / Team Workflow of [Information Gathering & Organizing -> Inputting -> Outputting -> Seeking Feedback], with all kinds of tools and approaches, guided by any possible theories or philosophies——in order to boost productivity for both individuals and teams. 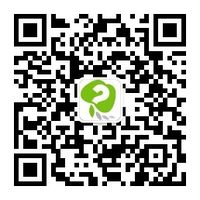